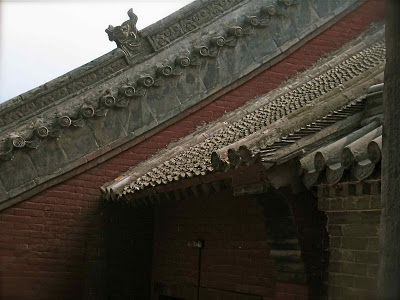 The Temples of Shaolin 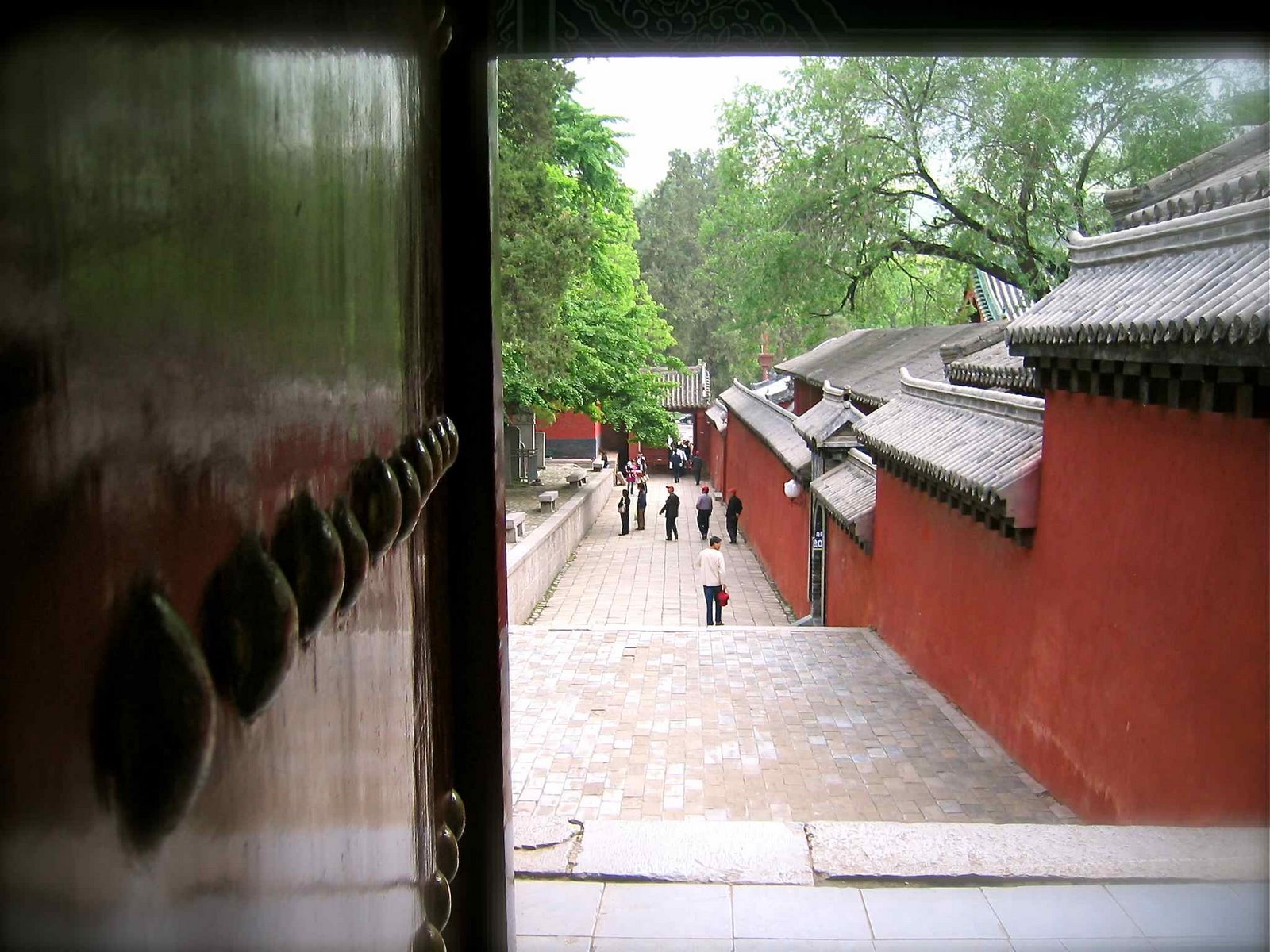 Though the ancient structures were impressive, I felt frustrated Visiting Shaolin Temple. I had hoped to meditate with the monks and paint them while they practiced their martial arts. Instead, I was overwhelmed by the commercialization of the place and the realization that the kung fu they still do is usually for international promotion tours or movie directors. For centuries, rulers of China have tried to subdue the powerful Temple with its famous martial arts monks. This was never an easy task and the Temple maintained its religious principals and military prowess. Today however, the Temple threatens nobody. Instead, it is permitted to rake in hundreds of millions of Yuan a year, tithing a good chunk to the local government. But what I did find satisfactory in the Shaolin area were the 72 other temples that are more peaceful and natural, lacking the tour groups with red hats and little flags. 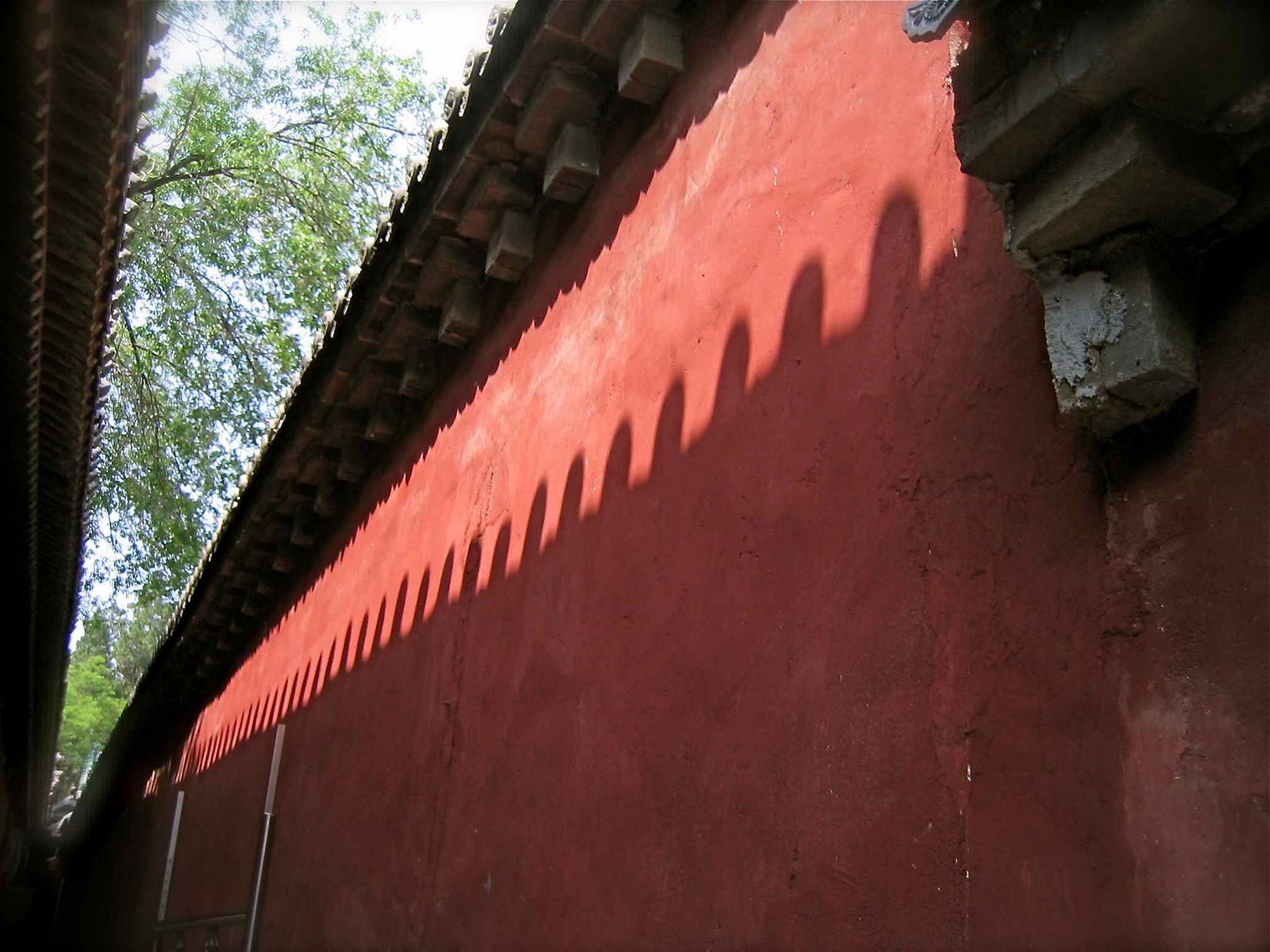 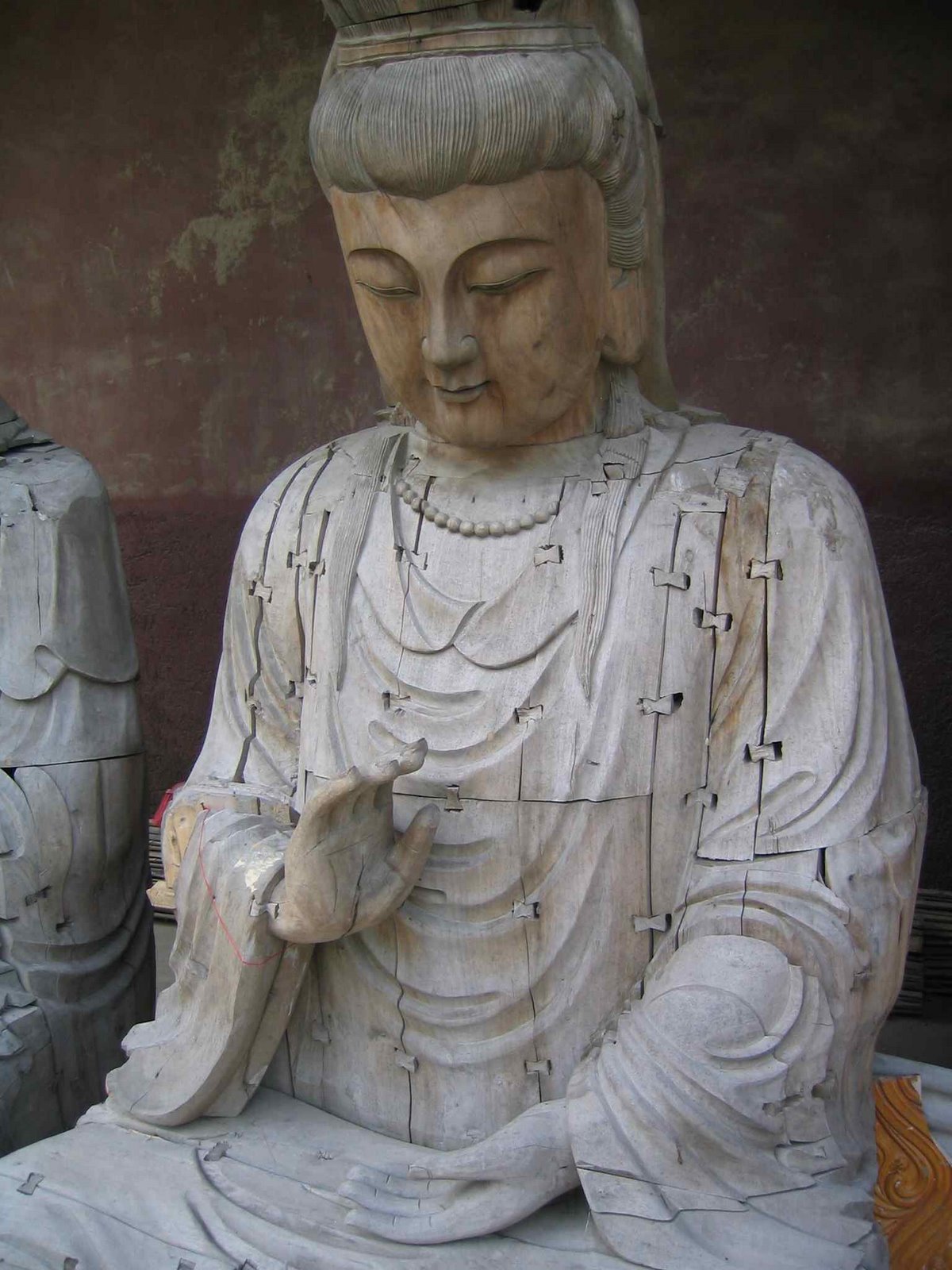 Yong Tai Temple, the oldest nunnery in the region, is a contemplative place with female martial arts students and vegetarian meals. It has few guests but lots of years.Finding a quiet corner to sketch I was able to sink into the sanctity that is why we go to temples. For the next few days I toured around 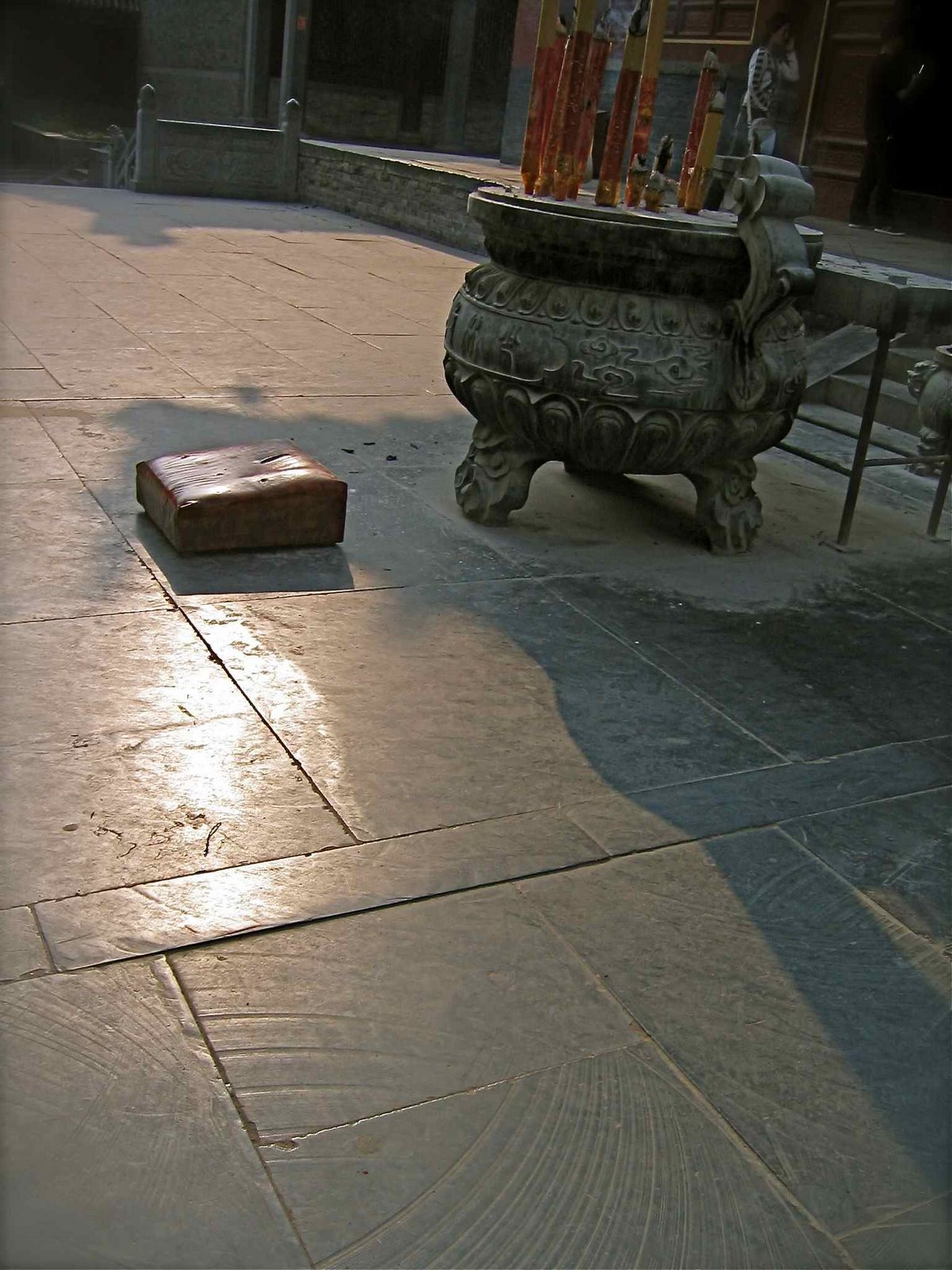 other temples offering up the ancient China that fuels my connection with that which has weathered time and adversity.The Shaolin area has developed a major industry teaching classes in martial arts.Though I did not have to enroll I was allowed to sketch and paint several authentic 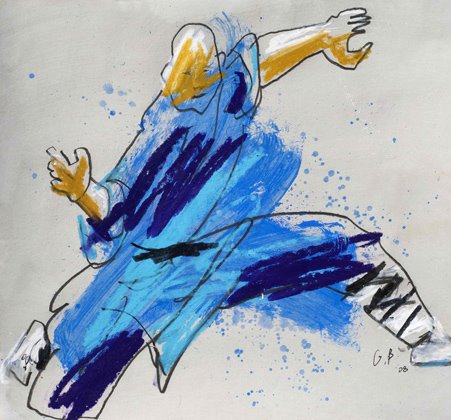 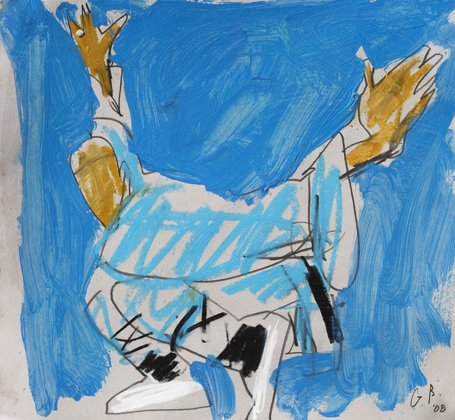 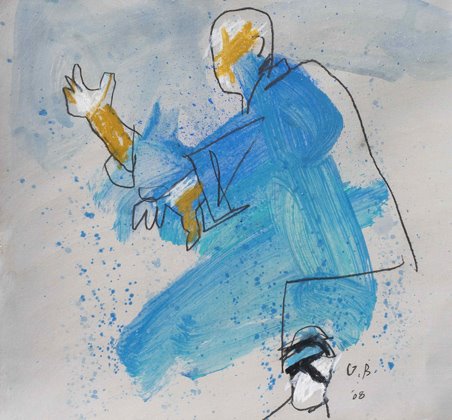 practitioners while performing their routines. I chose to capture their dramatic gestures and postures while trying to express inner strength and poise. While they practiced kung-fu, I did mine, hoping the spirit of the spaces and movements would fill my pages with energy. 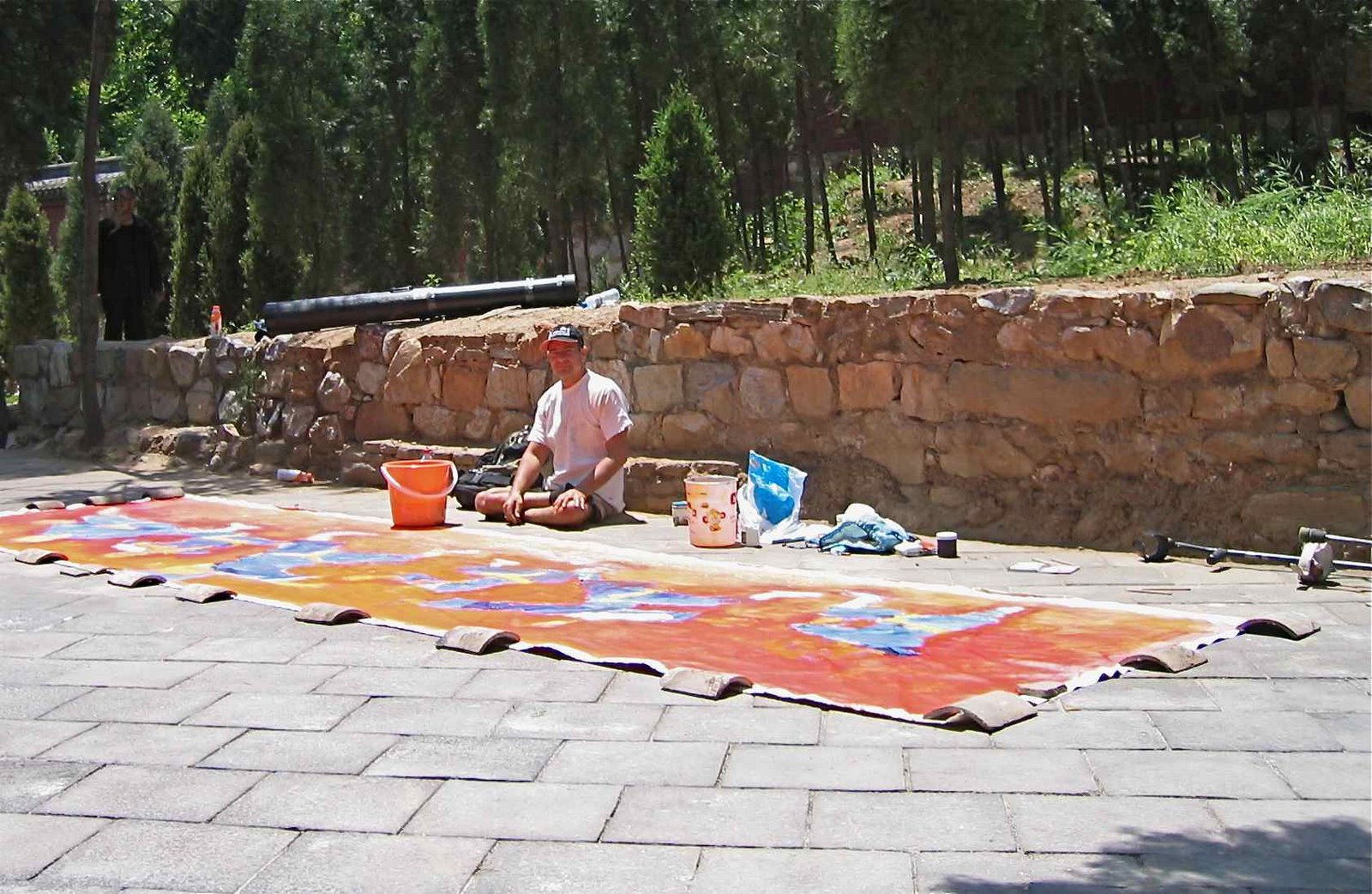 Later, the monk who was showing me around posed for several hours as I man-handled a 5x20foot canvas, 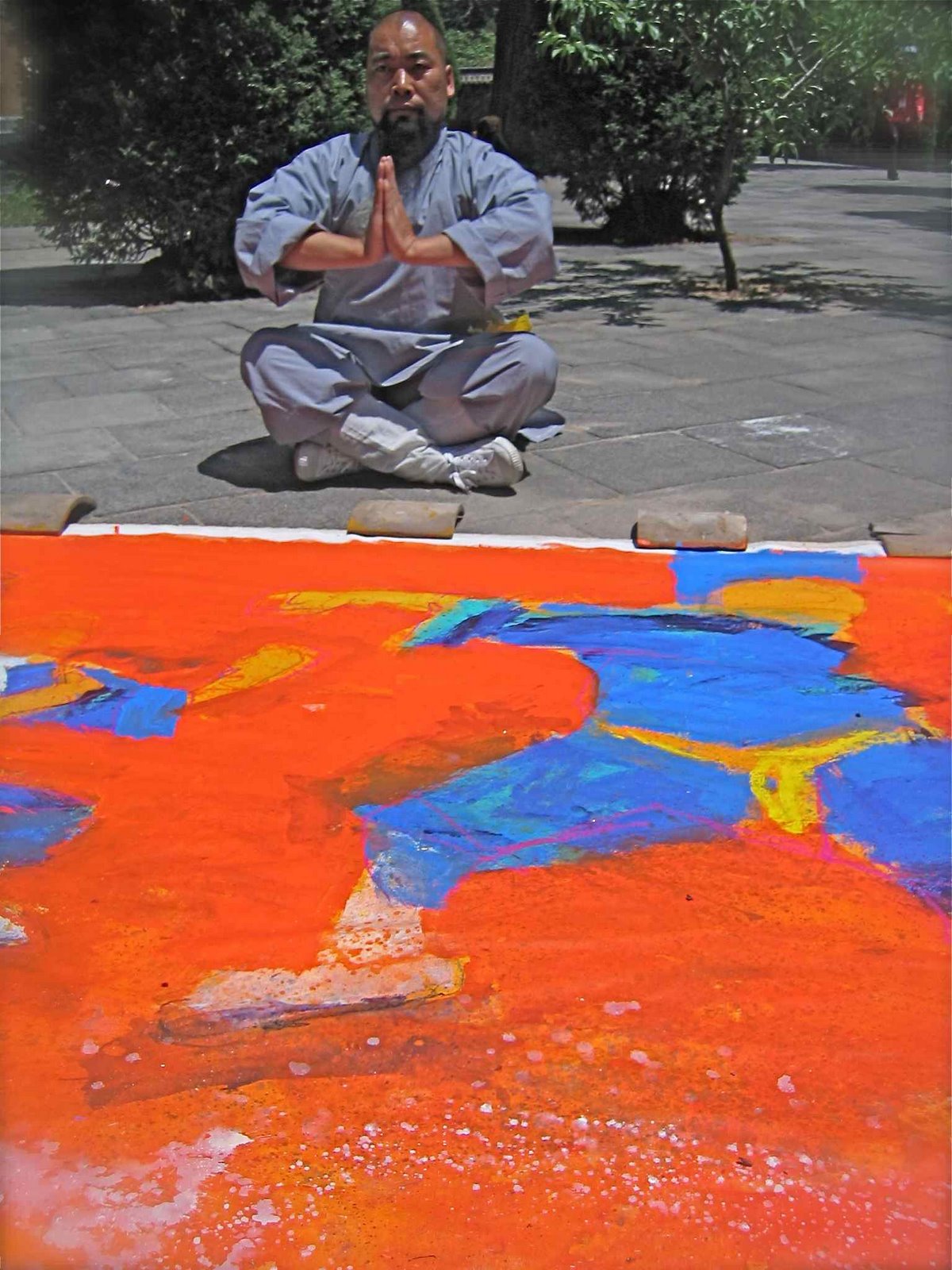 rolling it out and painting it on the ground below a 1,500 year old stupa.After I had finished painting and laughing with the locals, the 70 year old caretaker of the compound kindly invited me to stay with him in the Guan Yin temple which doubled as his home.Recalling the toilet at my 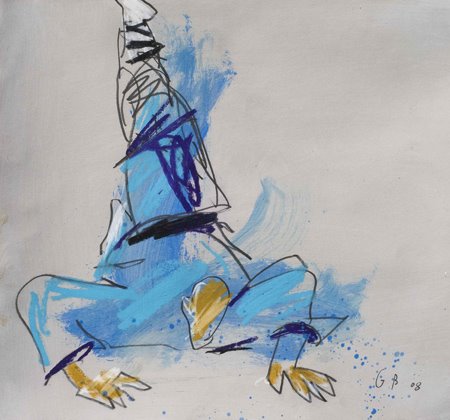 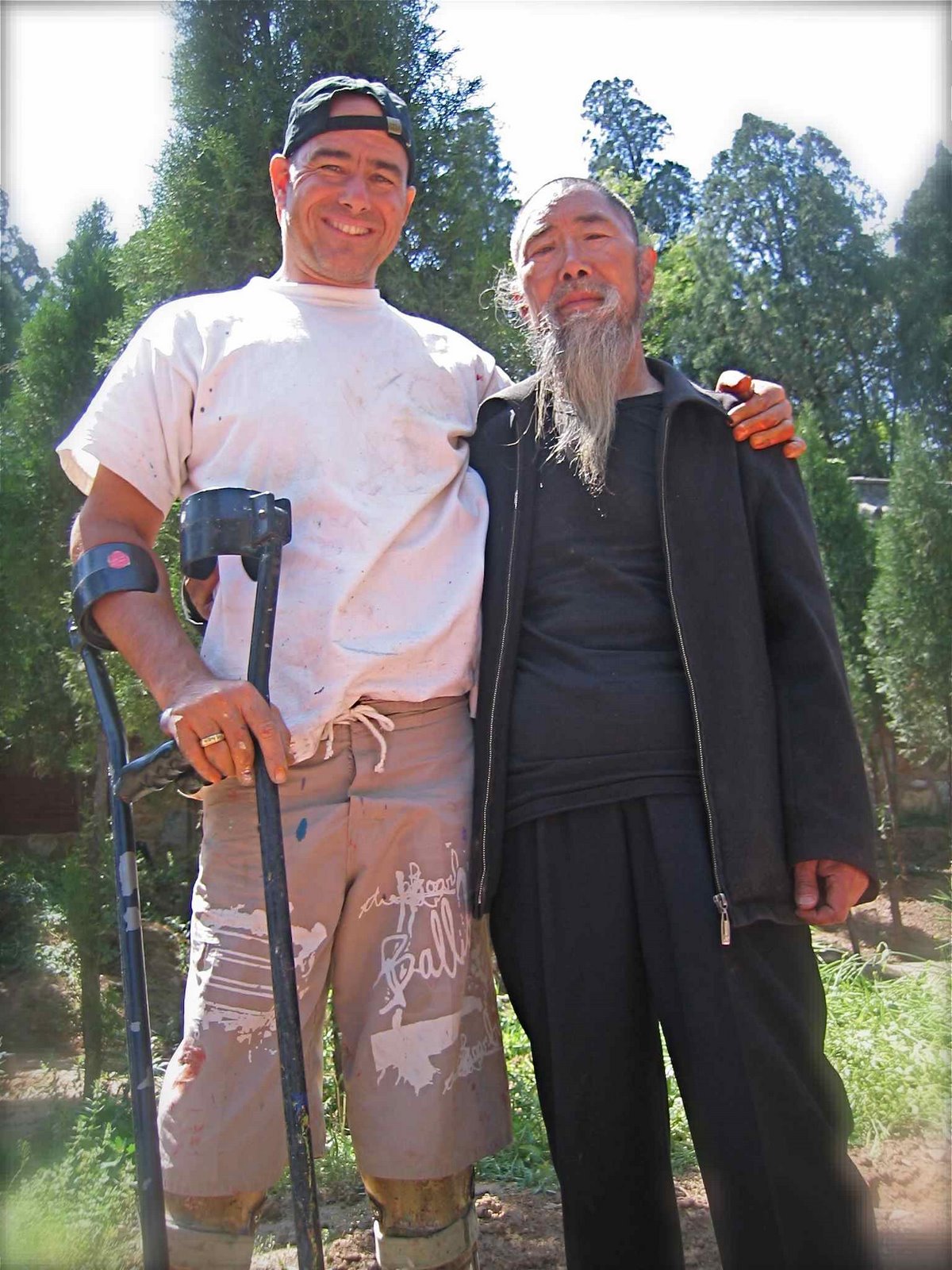 cheap hotel which kept unseating every time I used it, I would have happily accepted had I been staying on. But it was time to return to the bustling city of Shanghai where temples and monks are hard to find and one rarely hears the rustling of leaves in the trees and the sounds of happy birds. 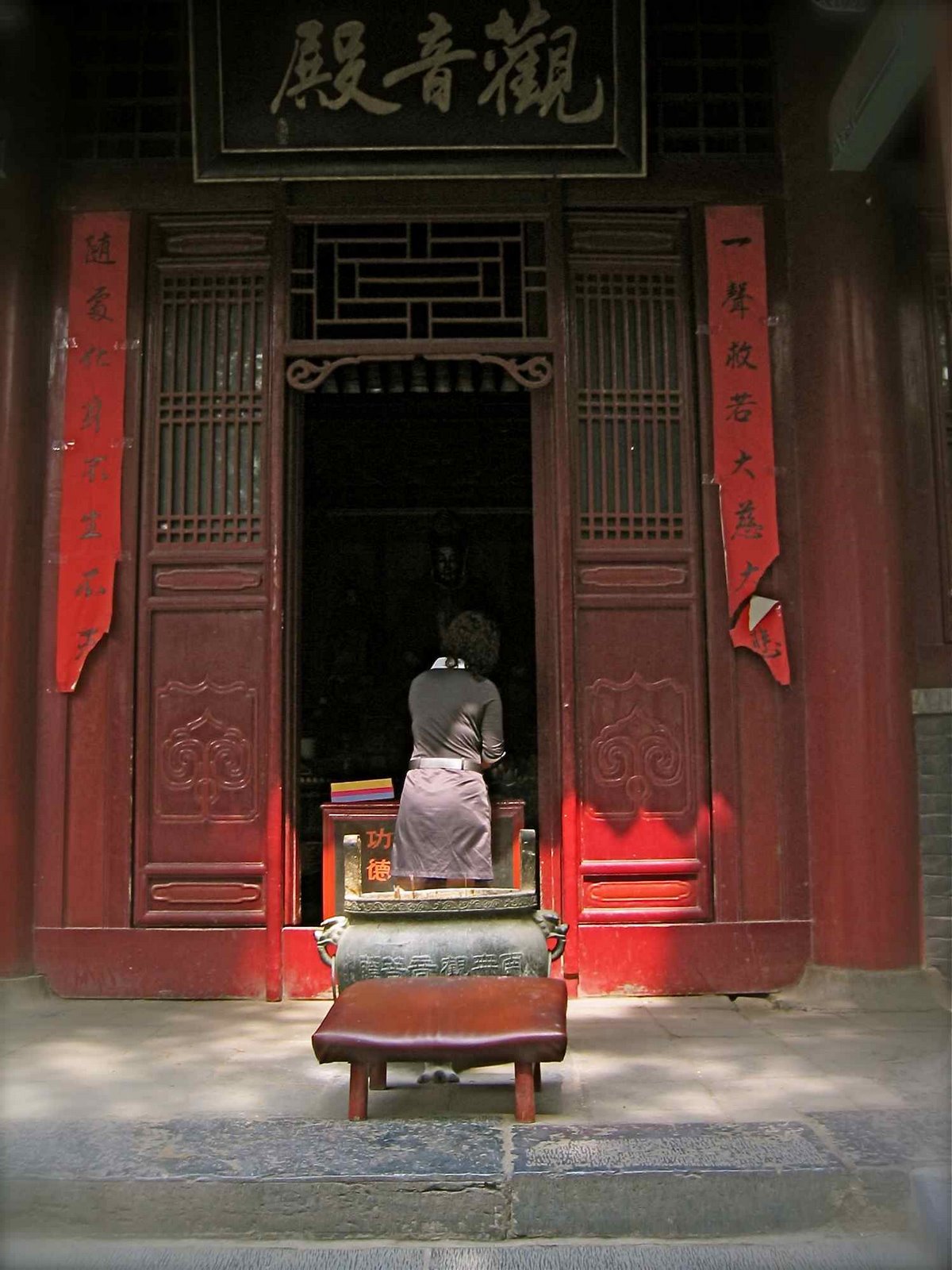 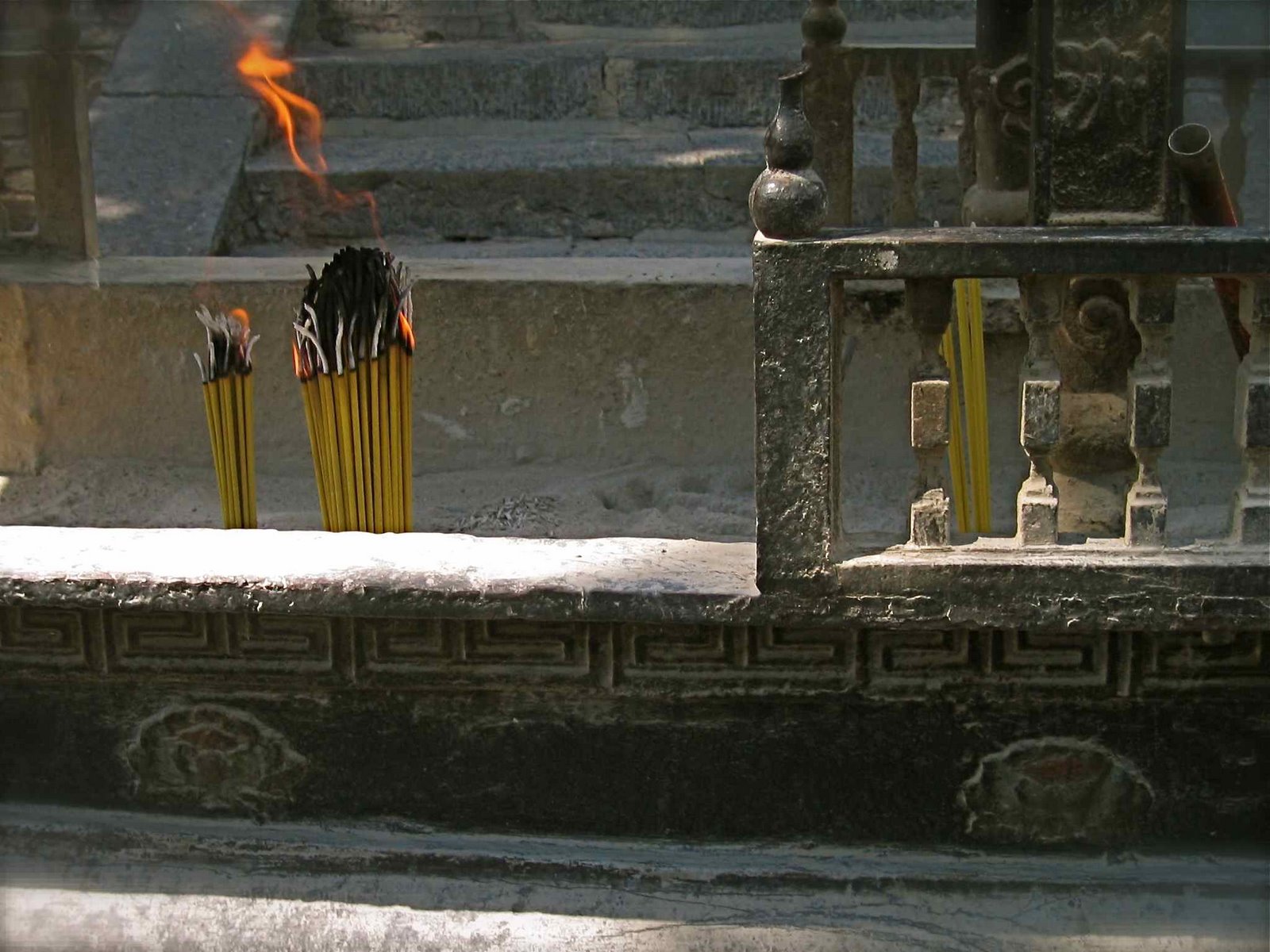