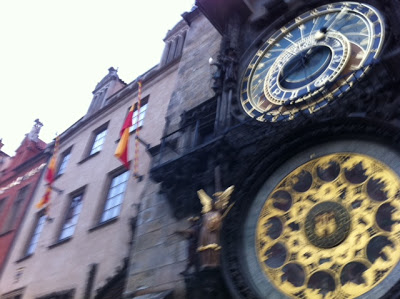 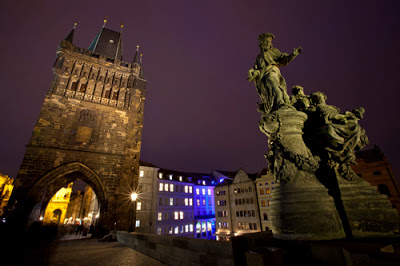 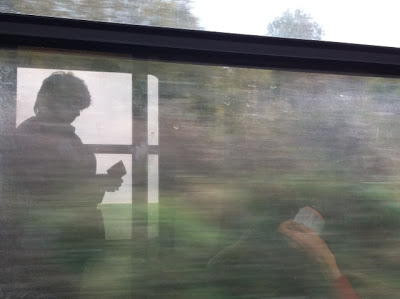 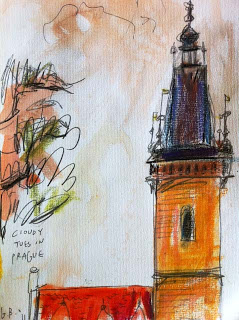 The Czech Republic sits beside a very prosperous Germany. Our train across the invisible border soon offers a subtle contrast between the ‘haves’ and the ‘someday may haves’.  Though the landscape and graffiti changes little one can feel the drop in GDP. But as we pull into Prague station the smorgasbord of ancient buildings and sights takes one’s attention away from the present and refocuses it on a glorious past. Glaringly apparent is that Prague was once a cultural hotspot. Gothic spires stretch towards the stars while cobblestone streets with intricate patterns combine to embellish everything between heaven and earth. 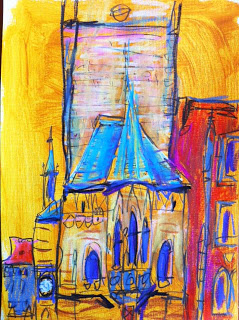 Walking is the best way to see the city as Prague has more pedestrian streets than any city I have ever explored. Lined with trendy consumer goods stores, modern society rubs shoulders with tower guards dressed in traditional court costumes while stone structures hundreds of years old form an historic blanket. 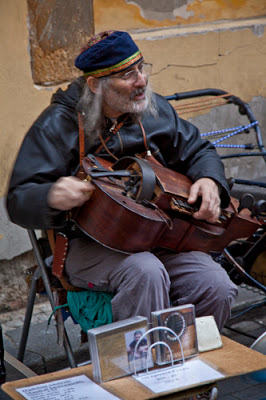 Arched gateways and windows combine the strength of the male line with the female curve, softening the structures. hundreds of years old form an historic blanket. 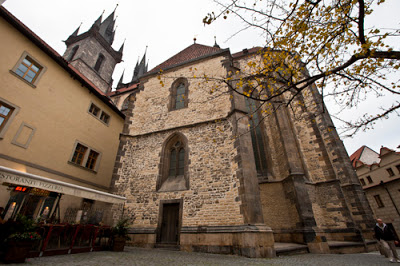 Overhearing a local guide describe Prague, he informs his eager brew that the best bargains are smoking, drinking and eating. 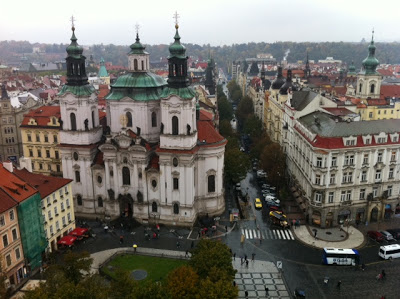 We choose two of the three after long days painting and photographing the Old Town, Charles Bridge and the Prague Castle. We skip the torture chamber and sex machine tour in favor of the view from the Clock Tower in the Old City Center. 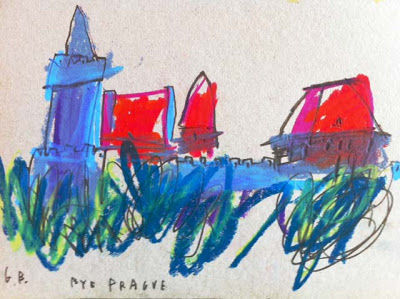 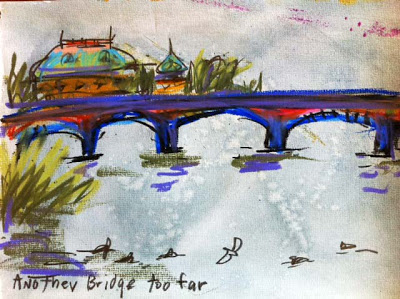 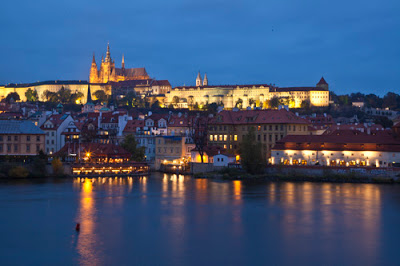