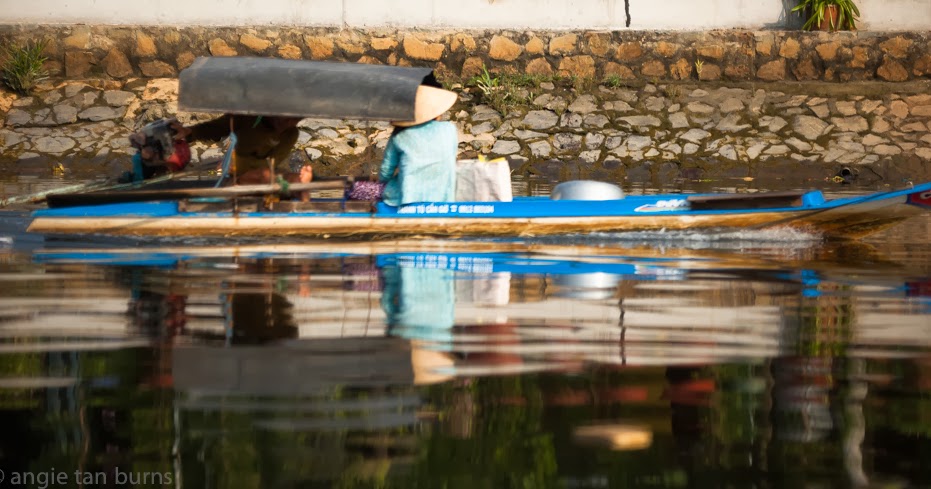 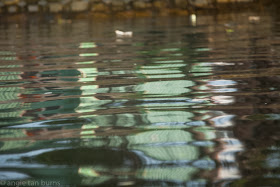 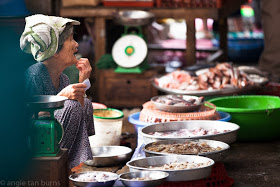 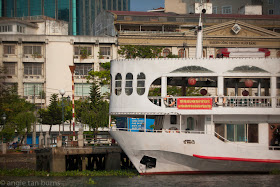 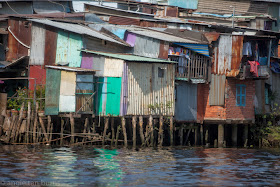 The Mekong Delta is immense. But just outside of Saigon, with the assistance of a speedboat, one begins to absorb the pulse of Vietnam’s main artery. Leaving the town’s central pier, we pass countless shanties perched precariously on wooden stilts, lining the banks of tributaries to the Saigon River. Many made with just panels of rusting tin; these makeshift structures are home for a huge swath of humanity. The more upmarket flats are supported by cement pilings and made of similar long lasting materials but many others seem just one high tide away from washing into the river. 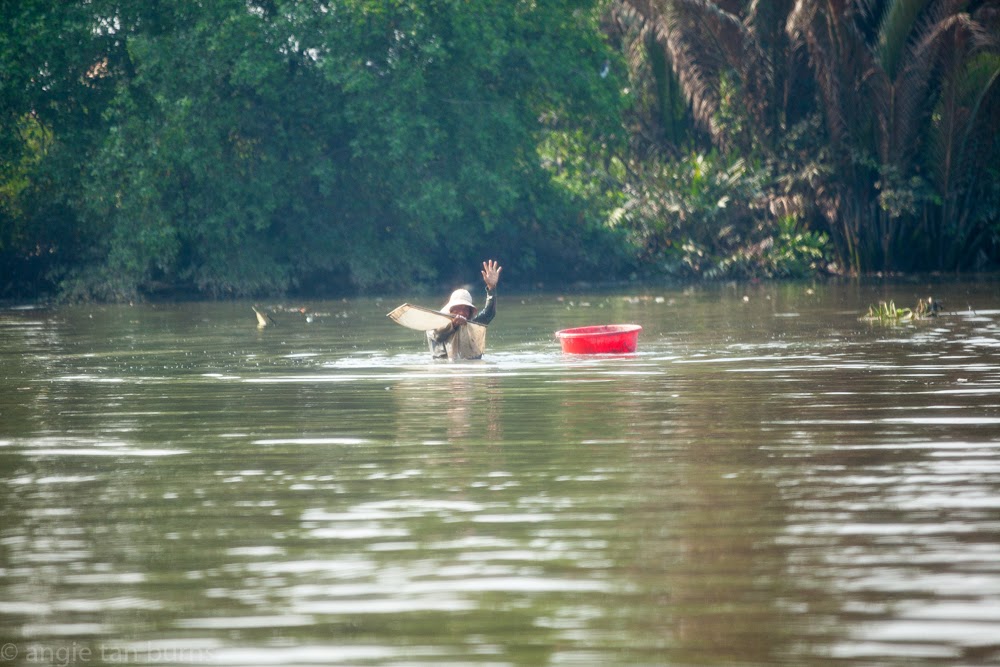 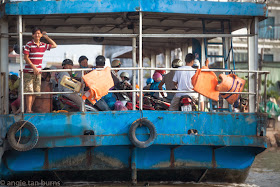 As we get further from town, the area along the river quickly becomes rural. Without bridges to connect opposing riverbanks, small ‘taxi’ boats ferry motorbikes, people and produce back and forth. Huge flatbed barges transport rice husks, sugar cane, logs and sand down the river. Small wooden canoes with fishermen zip by while men wade in the brown murky waters collecting worms for sale. Tangles of floating hyacinths, known for filtering out the river’s toxins, cover much of these waterways. 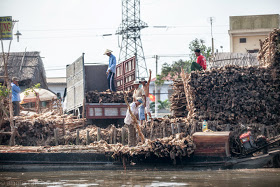 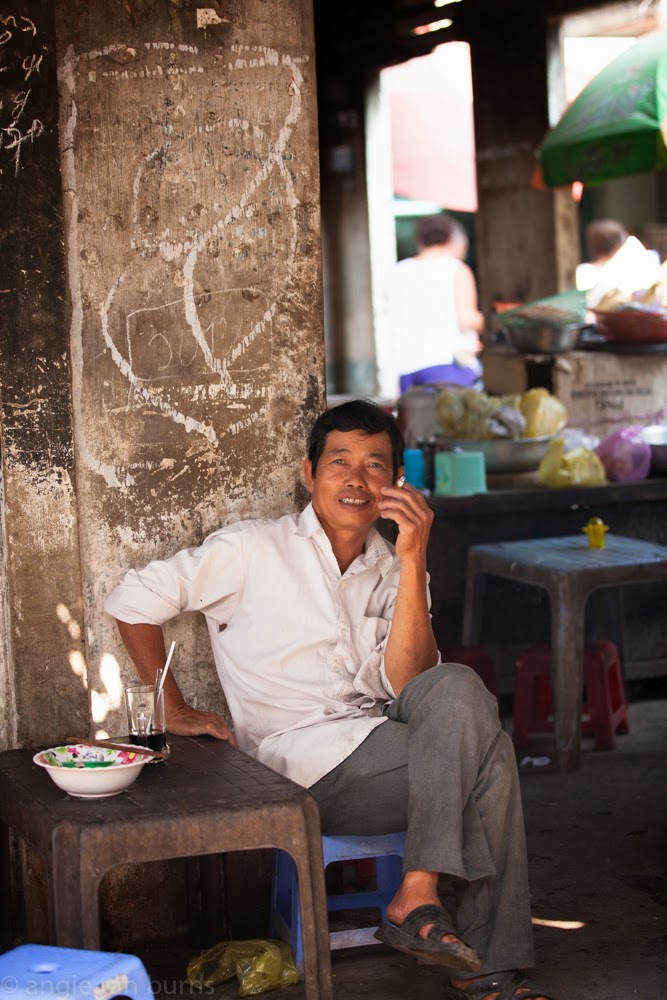 Life is thick along the river. At a riverside market we see the usual suspects and produce stretching from fish-heads to banana flowers. The villages connect here while children and cats scamper below our feet. For us it is a visual smorgasbord while for the locals it is just
business as usual. 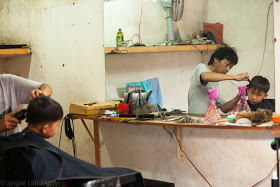 As one usually does when on the Mekong, we go to meet a family of large boa constrictors; their size quite impressive and skin clammy. Having a photo taken with our new friends just seems like the thing to 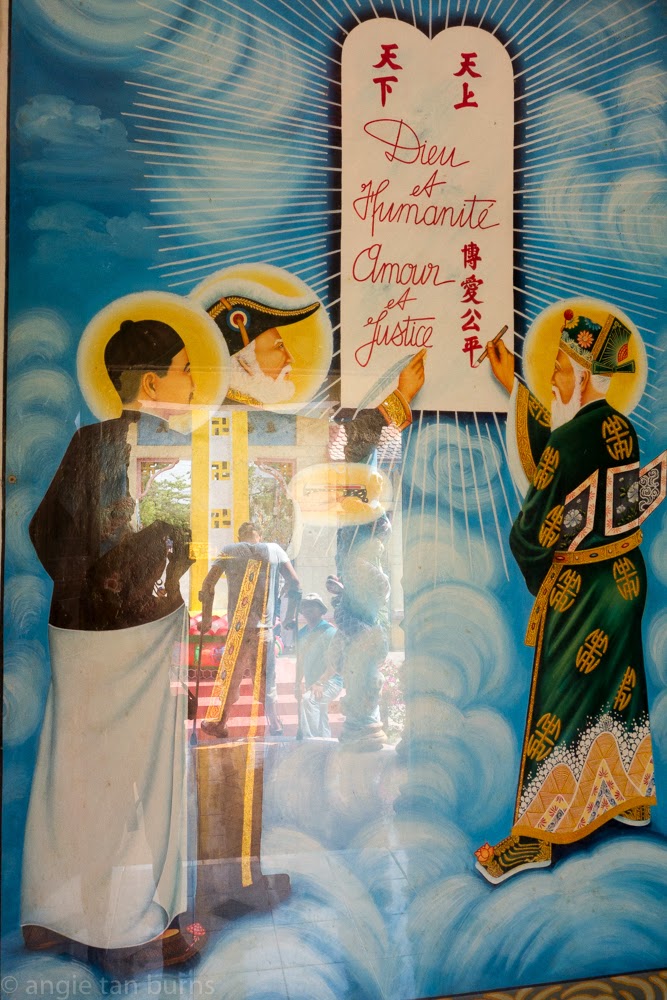 do.
Our final destination is the Dao Cao Dai temple in Long An.The founding of Caodaism (Kingdom of Heaven) by a handful of Vietnamese less than 100 years ago sought to create a religion of tolerance.By combining teachings from most of the world’s main religions, including Buddhism, Confucianism, Christianity, Hinduism, Islam, Judaism, Taoism and Geniism (an indigenous religion of Vietnam) followers attempted to purify themselves while living in harmony with others. The temple is a quiet affair but this inclusionist religion with less than 10 million adherents worldwide certainly deserves high marks on TripAdvisor.
After a day in the open air traveling through backwaters by boat we feel we have a better understanding of what living a life along the river is all about. The stark contrast to the 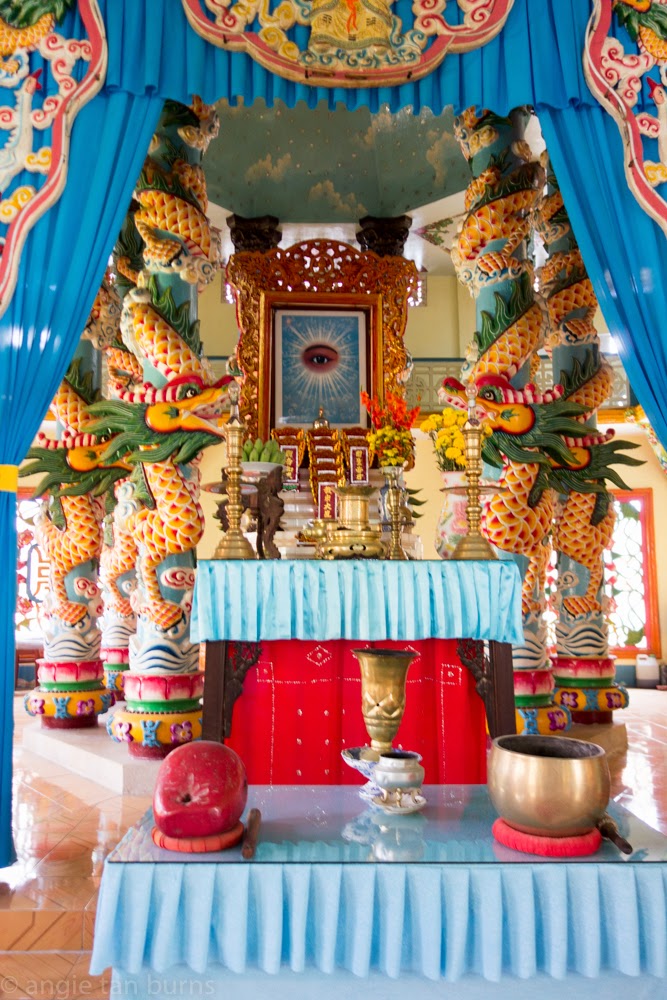 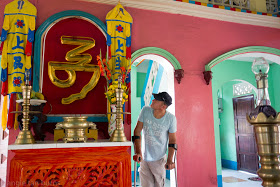 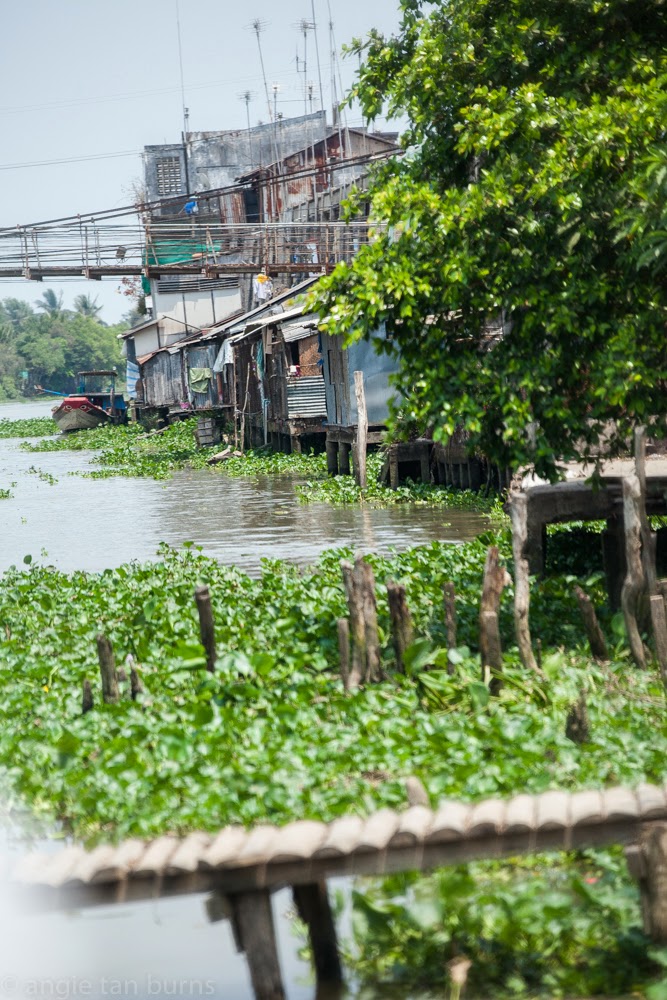 noise of Saigon city is soothing and the happy waves of the children seem genuine. Leaving our speedboat behind, we return to life in the big city but not before absorbing, like the hyacinths, a bit of this floating world. 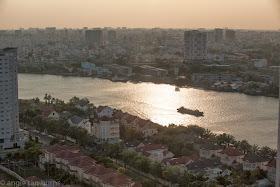